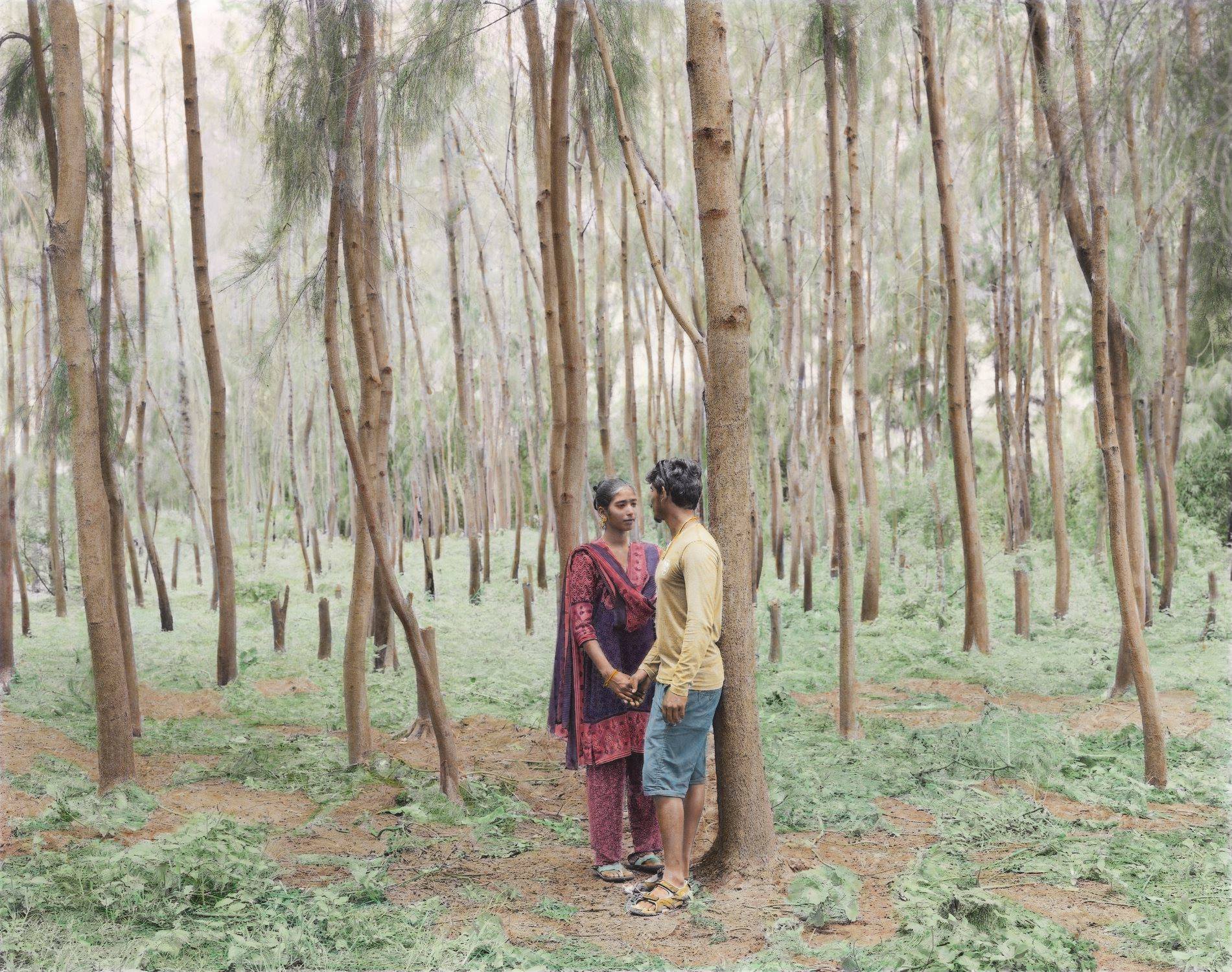 In this interview, Hon Hoang talks to Vasantha Yogananthan, a photographer currently in based Paris.

In our youth, we would often listen to fairy tales and myths. Tales about people and places of grandeur, imagining events of mysticism. For most people, these stories would remain to be only that, but for Vasantha Yogananthan, they’re roadmaps.

Using The Ramayana and remembering the epic poem, Vasantha set out to recreate the stories he learned as a child and observe how it has pervade itself into everyday Indian life. The result being A Myth of Two Souls, an ongoing project where he retraces the legendary route from North to South India.

Vasantha Yogananthan speaks about his project, how it has affected his life and photography, and provides advice for aspiring photographers. Presented are excerpts from his fourth installment called Dandaka, from his ongoing series.

Tell me about your project A Myth of Two Souls? How did you come up with the idea and what steps did you take to get it started?

Back in 2013, before leaving for a trip to India I bought a few books about the country, among them The Ramayana. I read it while travelling in Tamil Nadu, and I started noticing things in everyday life relating to the myth. I had vague memories of the epic because my dad used to have the Amar Chitra Katha comic book version of The Ramayana at home. I remember loving these comic books a lot during my childhood, although I did not read any English. The pictures from that first trip in 2013 were a disaster. I got only 2 or 3 good photographs in a one-month trip. I came back to Paris realizing I had found a story but without a visual concept. I started reading different versions of the myth. I bought Ramayana related stuff on Ebay: old books, vernacular pictures, lithography, etc.

What does time mean to you and how does this definition affect your photography?

Most of my projects are produced over long period of time. In the case of The Ramayana – the tale being so complex – I wanted to do a multi layered project. Trying to rush things by studying intensively my subject matter and/or traveling extensively to photograph in a short period of time was not going to work. Instead, I had to travel twice a year to India, in order to have long period of time in between each trip to sit back, look at the pictures and try to make sense of where I was heading. The longer you work on a story, the more it is going to “sink” in your imagination. After six years of work and more than ten trips to India, I am obviously seeing things I was not looking at during my first trips.

You have dedicated seven years to reinterpreting an ancient Hindu text, The Ramyana. As an Atheist, how has this process affected your own beliefs on spirituality and religion? Has it affected how you approach photography?

As mentioned in other interviews, I don’t relate to The Ramayana as a religious text, even if it is of course. To me its appeal lies in its philosophy, as well as its structure – how does the story unfold. It uses mechanisms that you see at play in many other stories – two lovers, a drama, a war, etc. India has affected my own beliefs in terms of spirituality but it has more to do with the country itself than the story. I think it has changed my approach to photography unconsciously. Time passes differently in India and it has affected my working process. When I started photography I was really looking forward to ‘get the shot’ while I was in the field. The problem is that if you try too hard you often end up duplicating old formulas. You have to be patient and to accept that most days you won’t get any pictures that will last.

Growing up with stories from The Ramyana, what are your goals for reinterpreting them? Why did you choose photography as the medium for that?

A lot of writers have reinterpreted The Ramayana. A lot of filmakers too. Nina Paley did that great movie (Sita Sings the Blues). But strangely no photographers did it – so when I started the project I felt at the same time lucky no one tried it before, and haunted by the mountain in front of me. I think that one of photography’s greatest strength is its ability to deal with the real / unreal. It seems like the perfect medium to try to look into a fiction shining into the everyday life (if you know where to look).

As a creative, what is the importance of pushing yourself outside of your comfort zone? Do you notice a difference in the quality of your photographs when you’re comfortable versus when pushing yourself?

This is something I’m struggling within most of the so-called “contemporary photography”. Usually people find a way to photograph and then stick with it for years. No matter the topic/idea you are working on, you will use the same formula. From the start I knew I wanted to shoot differently the seven chapters of The Ramayana. The first ones were the most “easy” ones because I shot them in a zone where I was feeling comfortable. Then I bought a large format camera and moved onto staging portraits. It was completely new to me and I had a blast doing it. So much fun and so different than shooting ‘straight’ photography. Staging photographs made me feel the medium could be so close to cinema. I was acting as a movie director rather than a photographer. I was scouting location, casting people in the streets, etc. Now, after I did that for the past two years, I bought a Leica and went back to shooting very fast! For me changing cameras is a good way to make you photograph differently. And I truly think it is a very important thing to do, if you wish to evolve in your practice.

While working on this project, how does India interpreted through The Ramyana compare to the India you have experienced?

The Ramaya’s itinerary I am following is mainly off the big cities. I ended up shooting mostly in the countryside and in small towns. A country that is far away from the modern India you hear about in the medias. Sometimes the India as described in the tale  – the landscapes for example – would feel very close to what I was seeing – whereas in some places I had to look really hard to find ‘hints’ of the myth.

Your images from the project are a blend of natural and staged images, how do you decide when an image needs to be staged versus natural?

It’s always difficult to decide whether or not you should stage something. I would say though that the staged pictures I like the most are the ones inspired by a close observation of the real. I would hang out in a village for a few days, looking at how people live and then would carefully recreate scenes I have seen. Usually a staged picture works when something does not go according to your plan. A hand shakes, the wind makes the trees blurry, the actor improvises.

What are your plans as you continue to work on A Myth of Two Souls?  Are you planning for any future projects?

As we are releasing Dandaka this month, I am already in the process of working on chapter 5 (“The Quest”). This book will feature only animals and it has been a real challenge shooting it. It will be quite different from the first chapters and I am looking forward to its release in March 2019. Next year will also be the first time I will be exhibiting the project which is going to be a new challenge.

Work very, very hard. I often hear about ‘talent’ but work is what will make you progress. You have to try, fail, try again, and keep pushing yourself. Study and look at the great masters but don’t end up browsing the internet looking at everything people are doing. Look at books, it is where you will learn the most about editing and sequencing. And photography is 80% about editing and sequencing. Try not to mimic the last fashion. Trends don’t last.