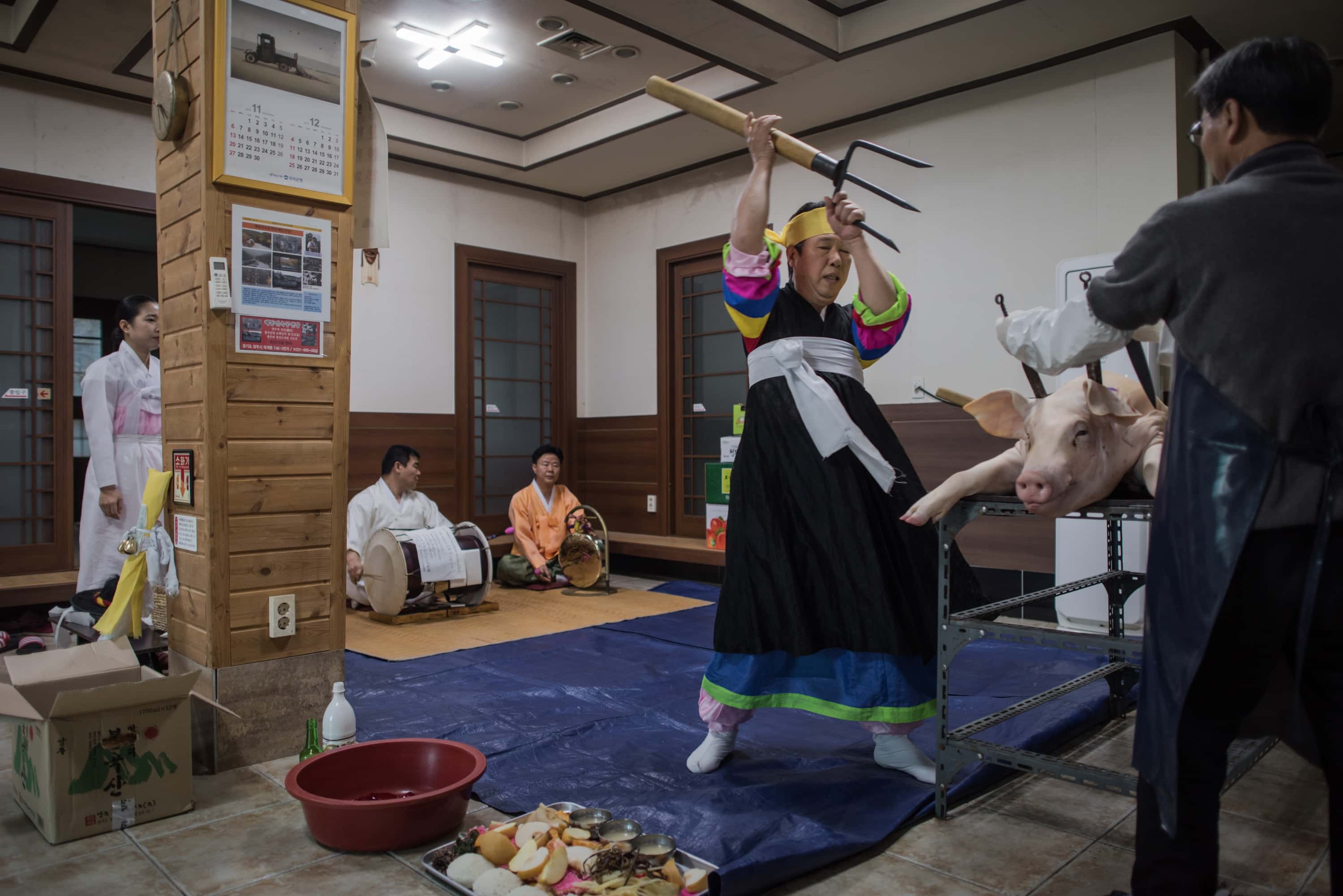 In this photo taken on November 8, 2016, shaman Shin Joong-In (2nd R) prepares to stab a pig as he performs a ritual in which offerings are made to spirits, at a shamanic centre in Yangju, north of Seoul.
Practitioners of the centuries-old spiritual tradition are furious that their reputation has been tainted by association with the corruption scandal involving a close friend of the president, Choi Soon-Sil. Shamanism is deeply ingrained in Korean culture, and despite living in one of the world’s most technologically advanced countries, many Koreans still consult shamans — as intercessors with the spirit world — for medical reasons, divination, or personal advice. / AFP PHOTO / Ed JONES / TO GO WITH “SKorea-politics-scandal-religion-shamanism, FOCUS” by JUNG Ha-Won