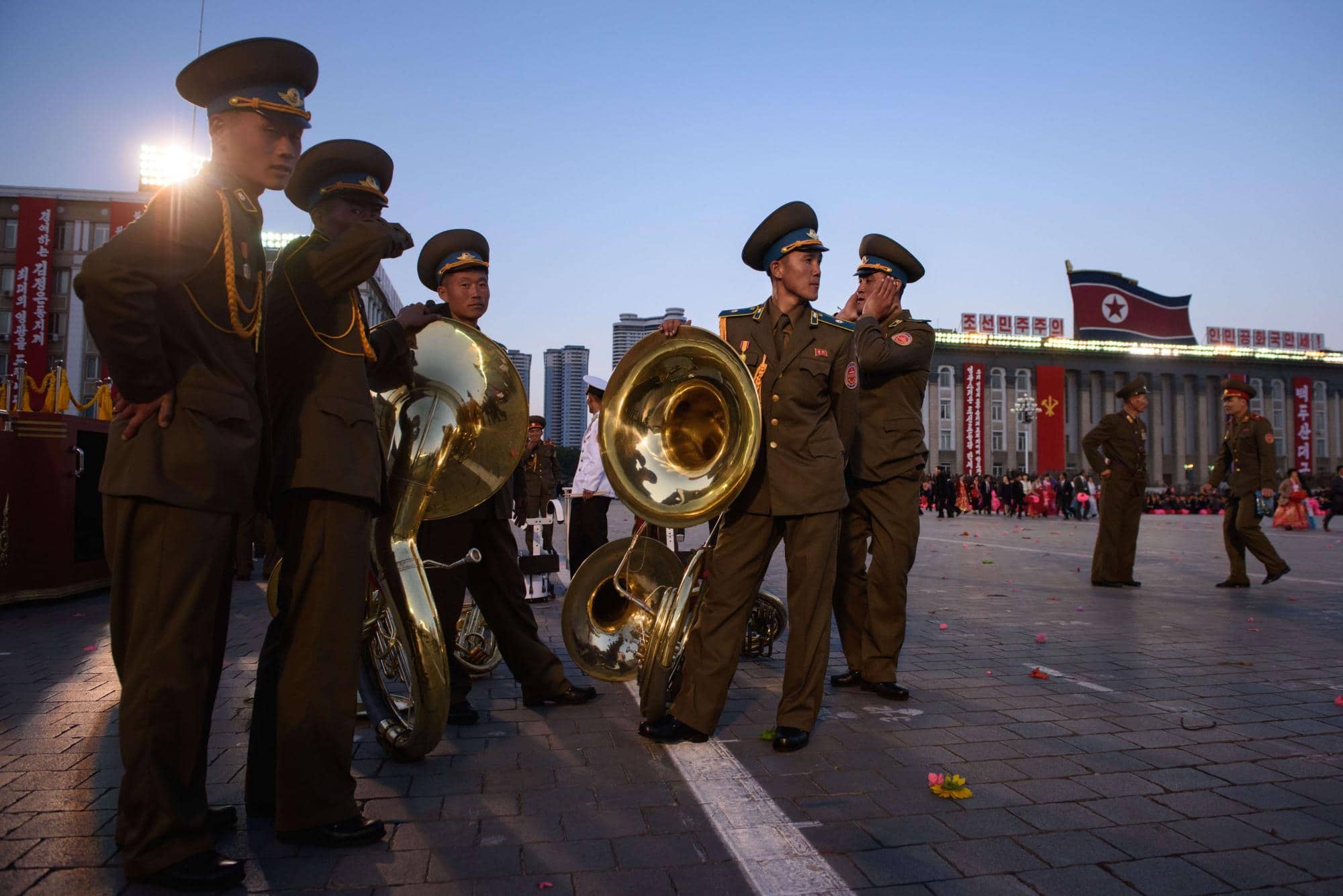 In this interview for Asia Photo Review, Hon Hoang interviewed Ed Jones, AFP’s Chief Photographer for North and South Korea. Thank you to Ed Jones for the permission and use of his photographs.

How did you find yourself with a career in photography and eventually as Chief photographer for AFP in North and South Korea?

A misspent youth, old copies of Nat Geo on the bookshelf at the back of class, and knocking on a lot of doors. I worked my way up through full-time yet relatively short stints at a few small news agencies in the UK, which led to a staff position at one daily newspaper, and then another. By the time I was 25 I had talked my way into a freelance assignment with AFP, which gradually became more regular. I left my newspaper job in Edinburgh in an effort to be more available, and about a year later I moved to Paris to work on AFP’s photo desk. From there I moved to postings in Hong Kong, then Beijing, and now Seoul.

What are your day to day duties as Chief Photographer?

I coordinate with my colleagues from text and video about the day’s events and monitor stories that may develop into something that we need to cover, which includes keeping an eye on local media. There may be text feature stories which we need to illustrate, and similarly if there are photo-driven stories that I think may be of interest to the reporters then I let them know. Occasionally we might receive requests from other offices for coverage of events concerning their respective countries, or contributions to agency-wide photo packages that we need to respond to. I also need to message our regional headquarters in Hong Kong to let them know what we have planned for the day, which ends up as part of a global agenda for our clients.

How do you compete to get your stories out before the other news agencies?

The photographers from the other foreign news agencies here often work closely together. They are all very outstanding photographers and operators, and have known each other for many years. The common goal we face in meeting a perpetual deadline means that the competitive element is often aimed at how each of us interprets any given story and whether we can bring new information to it, rather than the mere minutes between the time our photos hit the wire. But away from the camera logistics and diplomacy are important when covering any story, and an ability to be adaptive and sensitive to the surroundings can all add up to getting pictures to out quicker – although accuracy is always more important than speed. As for gear, I usually carry a laptop or iPad for editing and filing outside the office, and if needed I can use a wifi device on the camera to send pictures immediately to an ftp channel that can be accessed by any of our editing desks around the world.

Do you ever have spare time to work on personal projects? If so, what draws you to these projects?

So far I have not felt the need to differentiate between personal projects and my work for AFP, as the subjects that interest me on a personal level are aligned with that. Providing projects are in keeping with the principles of journalism we have a fair amount of creative freedom which allows me to experiment with subject matter and medium. I am predominantly drawn to human interest stories, but also to subjects that will allow me to try certain techniques from slow shutter speeds to softboxes, for example.

Can you please tell me a bit about your street photography in Seoul? What are you trying to capture while in Korea?

I love the idea of showing people who have never been to (North or South) Korea what this place looks like, and I spend a lot of time exploring new locations or revisiting old ones while looking for images that can be used to illustrate various facets of Korean life. Generally I try to trust my intuition as to what might make an interesting image, although this means I often find myself loitering on street corners during sunset. I also try to capture Seoul in a way that does not rely on an approach or aesthetic that is too overbearing, as I feel the pictures belong not entirely to me but rather the people in them and others in years to come, who might need a visual reference of these times.

When working on a series or an assignment, do you plan what you want to capture or do you develop the theme as you experience the day to day?

I think it depends on the assignment or story. I will usually try to plan how to cover something but not how to shoot it. By that I mean trying to make sure that I am in the right place for the right moments, but not to shoot those moments in a way that is too preconceived. However there are plenty of occasions where there might be an obvious need (with a portrait series for example) to ensure an element of continuity that will lend itself to the final edit.

How much of the tension and emotions of a situation affect your photography?

There is absolutely a point where these things affect the way I shoot, the question is where that point is. I find it happens less with mass displays of emotion such as political rallies, when I might be too preoccupied with moving around and trying to figure out how things will unfold, and more when photographing individuals or groups facing adversity, for example. In those cases I try to find a balance between a desire to be empathetic and a need to be respectfully assertive so as not to do a disservice to the need to cover the story.

What was the most tense moment you have experienced? What did you do in this situation?

Its difficult to say. I’ve been mugged at knife-point, tried to sleep amid indiscriminate incoming mortar fire, and been forcibly detained. On those occasions I like to think I’ve stayed mostly calm, and tried to hold on to my memory cards. But I have colleagues and friends who face the terrifying prospect of bomb attacks and threats against their families, on a daily basis, simply for being photographers. Next to that I would be embarrassed to say I have ever experienced a tense moment.

During moments where time and patience are unavailable, how do you blend in to capture candid moments?

I don’t necessarily try to blend in, although I absolutely think its important to avoid attention. Most of the time I have a valid reason to be there, so I try to be decisive and observant and usually that’s enough.

The AFP formally opened a bureau in Pyongyang in September 2016, with this access, what are some projects you would like to create? What have you experienced, but have not yet been able to photograph?

Due to being able to travel regularly between North and South, I am working on a few projects that look at the peninsula as a whole. So much of reporting from either country involves elements of the other, that to me this makes sense. Generally it is possible to photograph the things that I am able to ‘experience’ in North Korea, although perhaps not always as extensively as I would like. During trips outside Pyongyang we often pass towns and villages that I would love to stop and shoot in, but which for obvious reasons is for the most part not possible.

How do you usually build rapport with the subjects in your portraits? How did this process change while working on Faces of Pyongyang?

I show an interest in what they are doing, introduce myself, and take it from there. At the start the concept of stopping people for portraits was relatively new to our colleagues there, who also act as our guides, so it was important to make the actual process quick and as collaborative in order to get them on-board with the idea. Most people are pretty happy to have their portraits taken, and I often visit them on subsequent trips to take them prints. In the beginning I had thought about using a hasselblad, or a softbox, but it would have been too difficult and time consuming to set up on top of carrying two or three DSLRs and multiple lenses. And in any case I didn’t want to augment the feel of the portraits that I think should reflect as much as possible the conditions they are taken in.

I’m absolutely not qualified to give advice to others because times change, photography is subjective, and I will always have lots to learn.

As for advice to my younger self, I might say: photography in journalism is just a medium that is used to tell stories and is often of the same if not of secondary importance to the ability to identify and understand those stories…so go and study something.