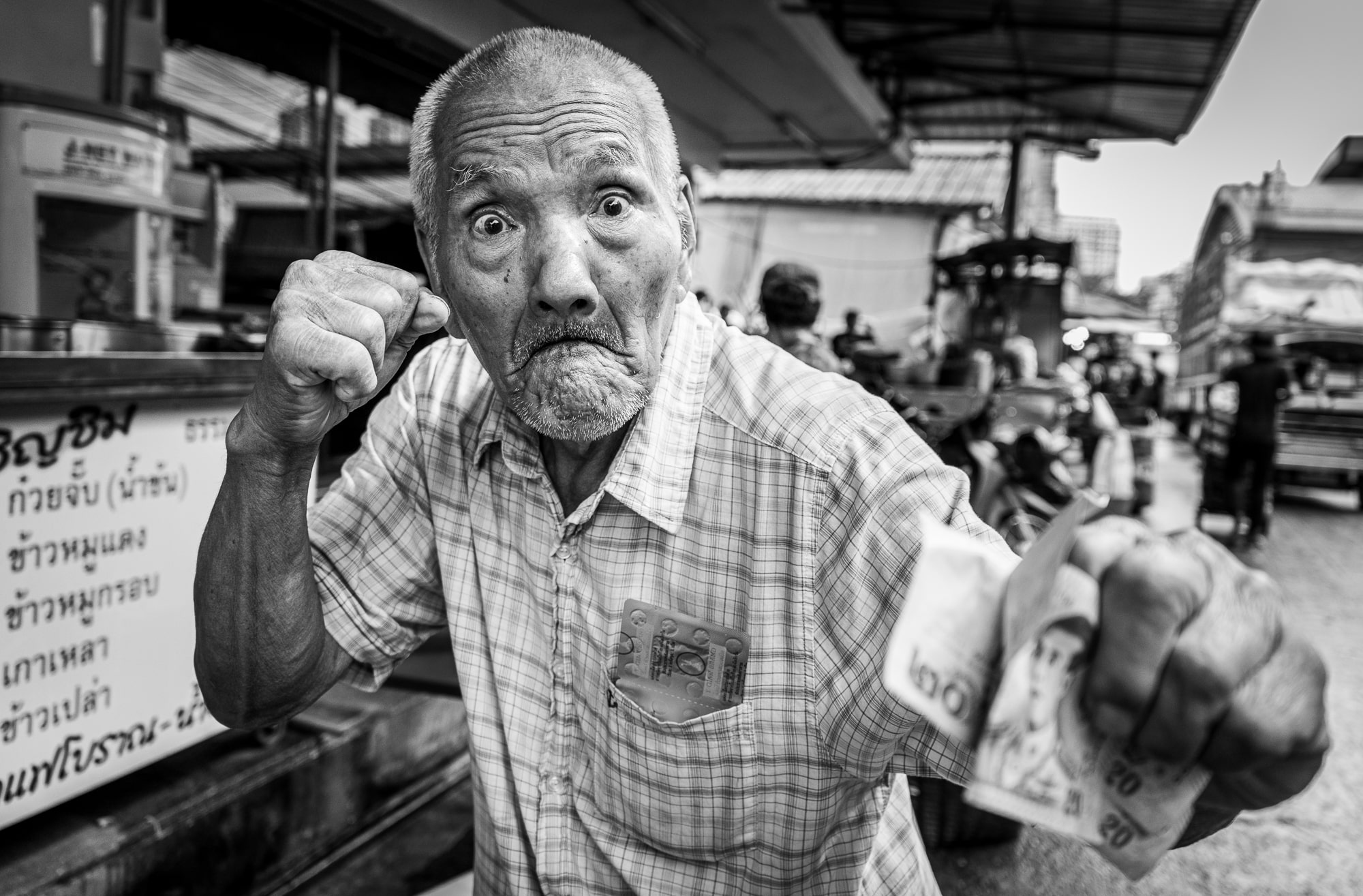 Name:
Tim Russell
Submission Title:
Faces of Khlongtoey
Country:
Thailand
Photographer Bio:
Originally from Coventry in the UK, I’ve been in Bangkok since 2012, prior to which I lived in Vietnam for just short of a decade. I’ve been a keen amateur photographer since about 2009, and am particularly keen on street and travel photography.
Submission Information:
Home to over 100,000, and a no-go area for many more others, Khlongtoey (aka Khlong Toey, Khlong Toei) is one of the last remaining parts of ‘Old Bangkok’ within the central business district. There has been a port here since the late 1930s, and people from all over Thailand – and beyond – have flocked here ever since to live and work, many of them living in tiny shacks within easy reach of the port and market. This is the Khlong Toey ‘slum’, as it’s locally known, and which I put in inverted commas as it’s not really a fair description – it’s certainly not as squalid as the slums you’d find in, say, Mumbai or Manila, and most of its residents are as houseproud as their circumstances allow. But nevertheless it is a marked contrast to the nearby skyscrapers and shopping malls of Sukhumvit and Silom, an area of poverty, drugs, crime and ill-health that Bangkokians tend to avoid, seeing it only from the flyover that passes above the shacks. This project began with my first visit to the slums in 2015, following several visits to the market. I’d begun following the local football team – Port FC – in 2014, most of whose fans come from Khlong Toey, and their friendliness convinced me that a visit to the slums might not be as bad an idea as one might think. And I was right – yes, I found an area that was poor, run down, even squalid in places, but I also found the friendliest people I’ve met anywhere in the city; people always happy to have a chat, pose for photographs, and share their drinks with me (usually beer or Thai whisky). Since that first visit I’ve been back at least 40-50 times, either on my own or escorting visiting photographers, and that first impression has never changed – I’m always made welcome. Sadly, the news for Khlong Toey’s residents is not good, with the area due to be levelled to be replaced by yet more condos and shopping malls within the next couple of years, and the locals moved out to who knows where. To better conditions perhaps, but at the expense of what strikes me as a strong community spirit and an area that, for all its negative points, has bags of character. I’ve set up this website to put my favourite Khlong Toey images in one place and to show another side to the area, one that will hopefully persuade others to visit and experience this unique part of Bangkok before it disappears for good.
Website:
http://facesofkhlongtoey.com/ 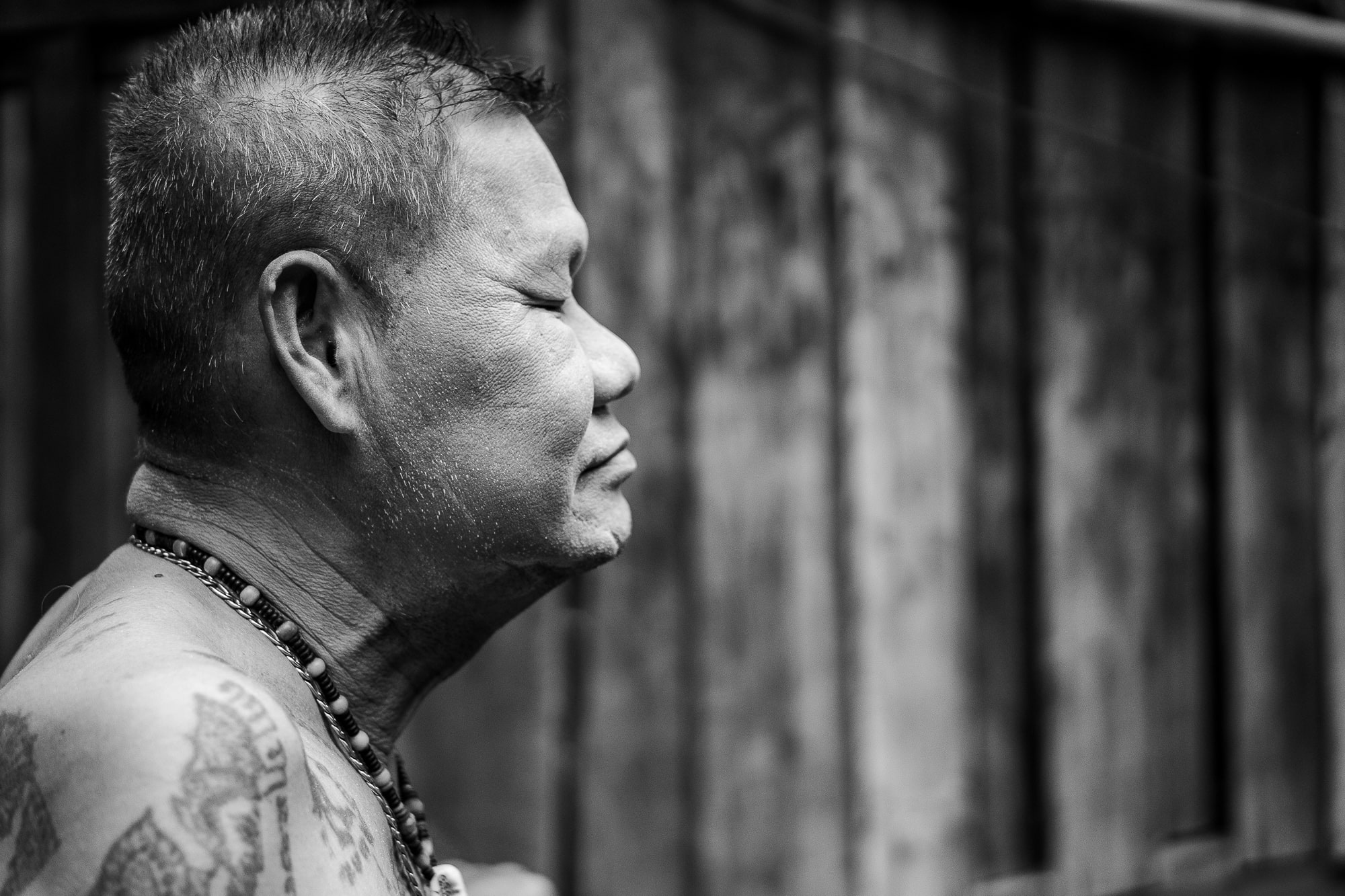 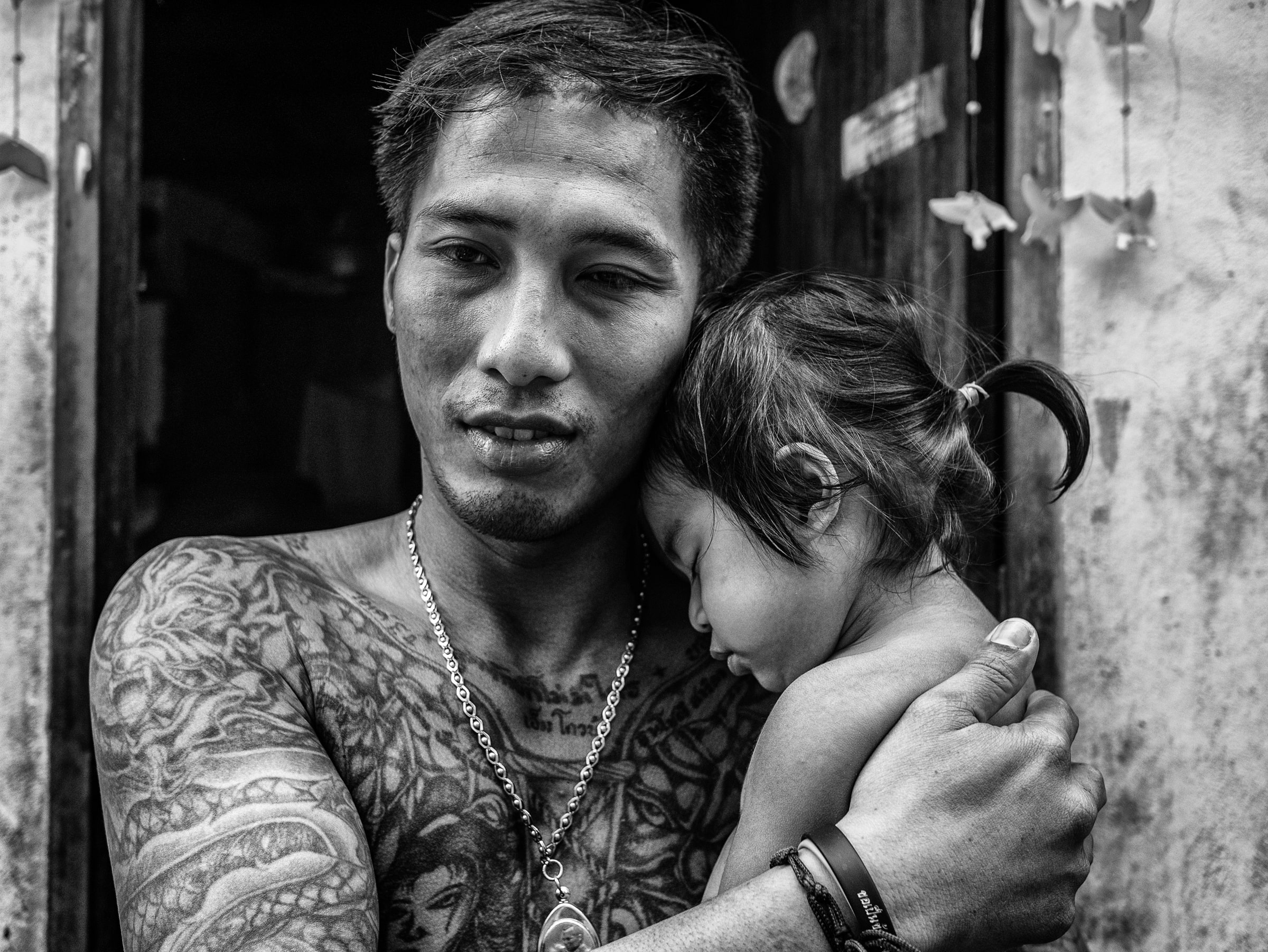 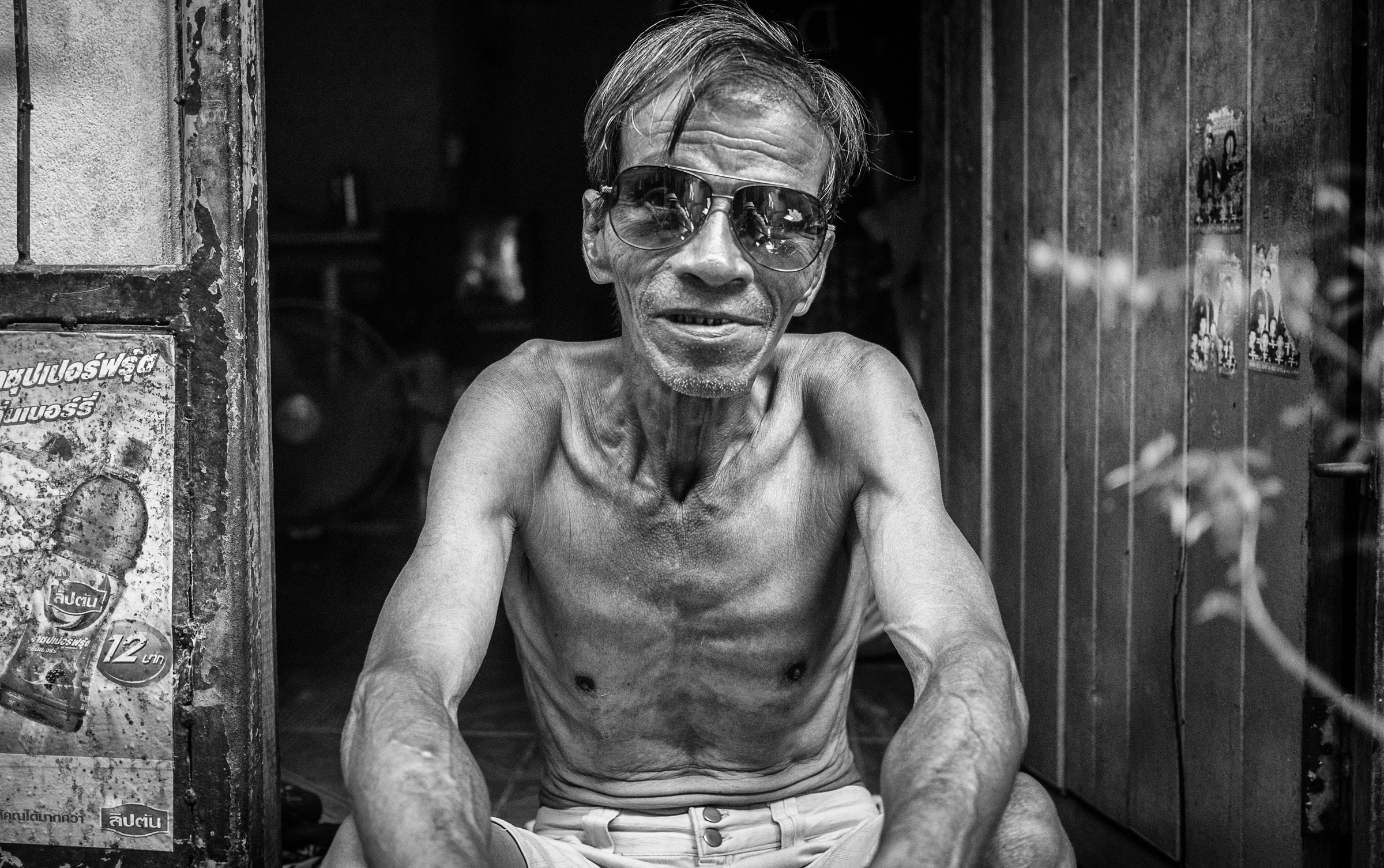 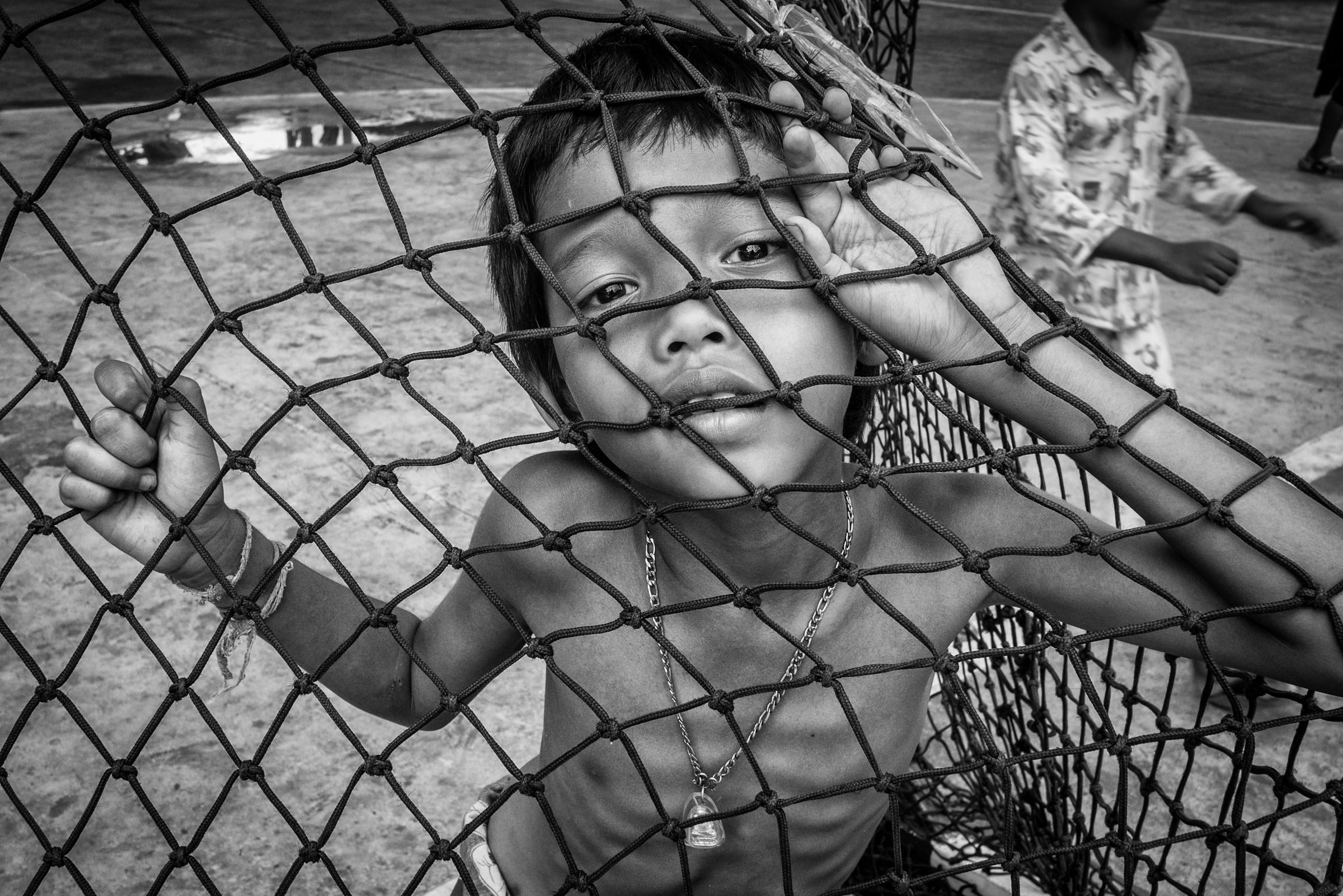 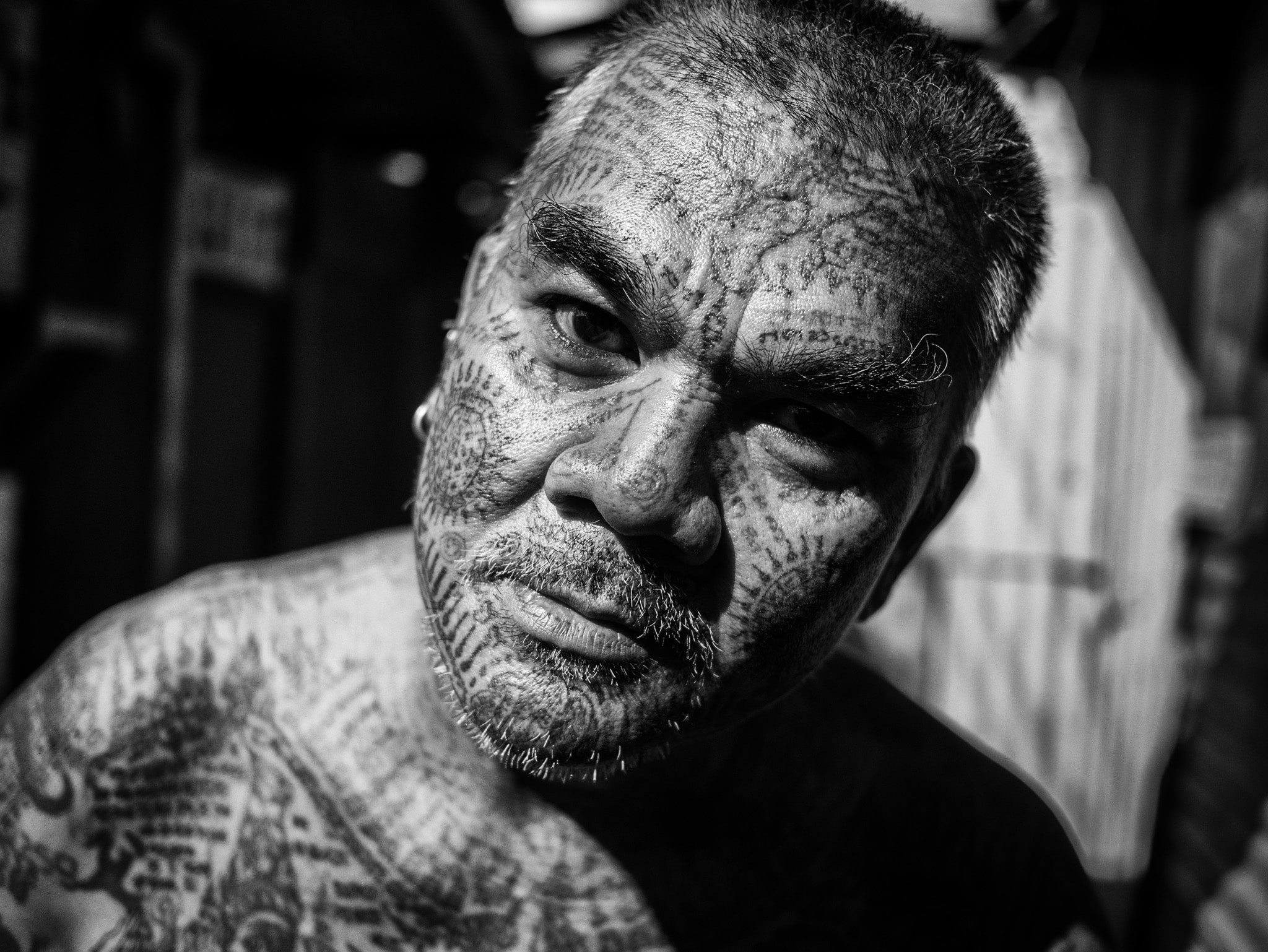 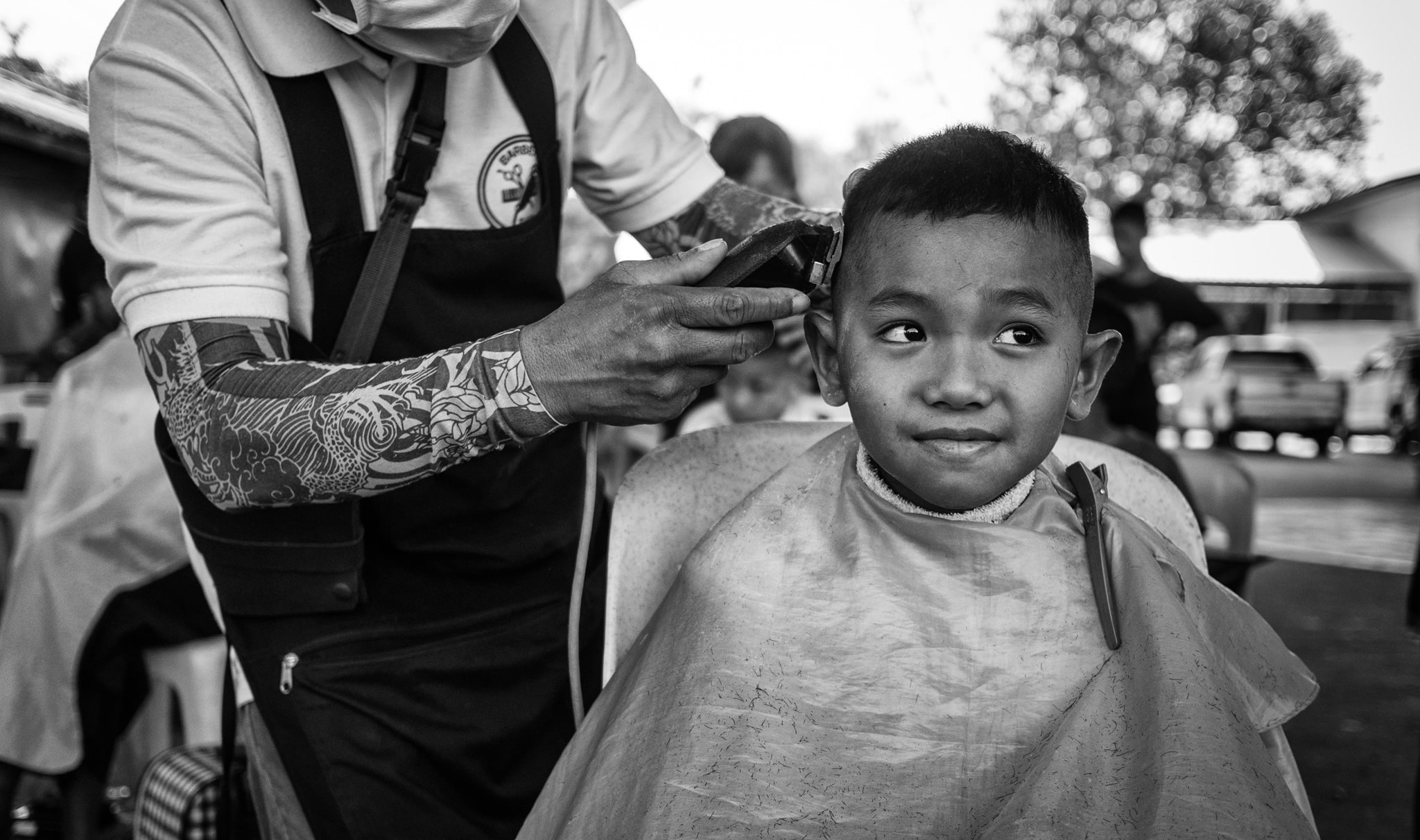 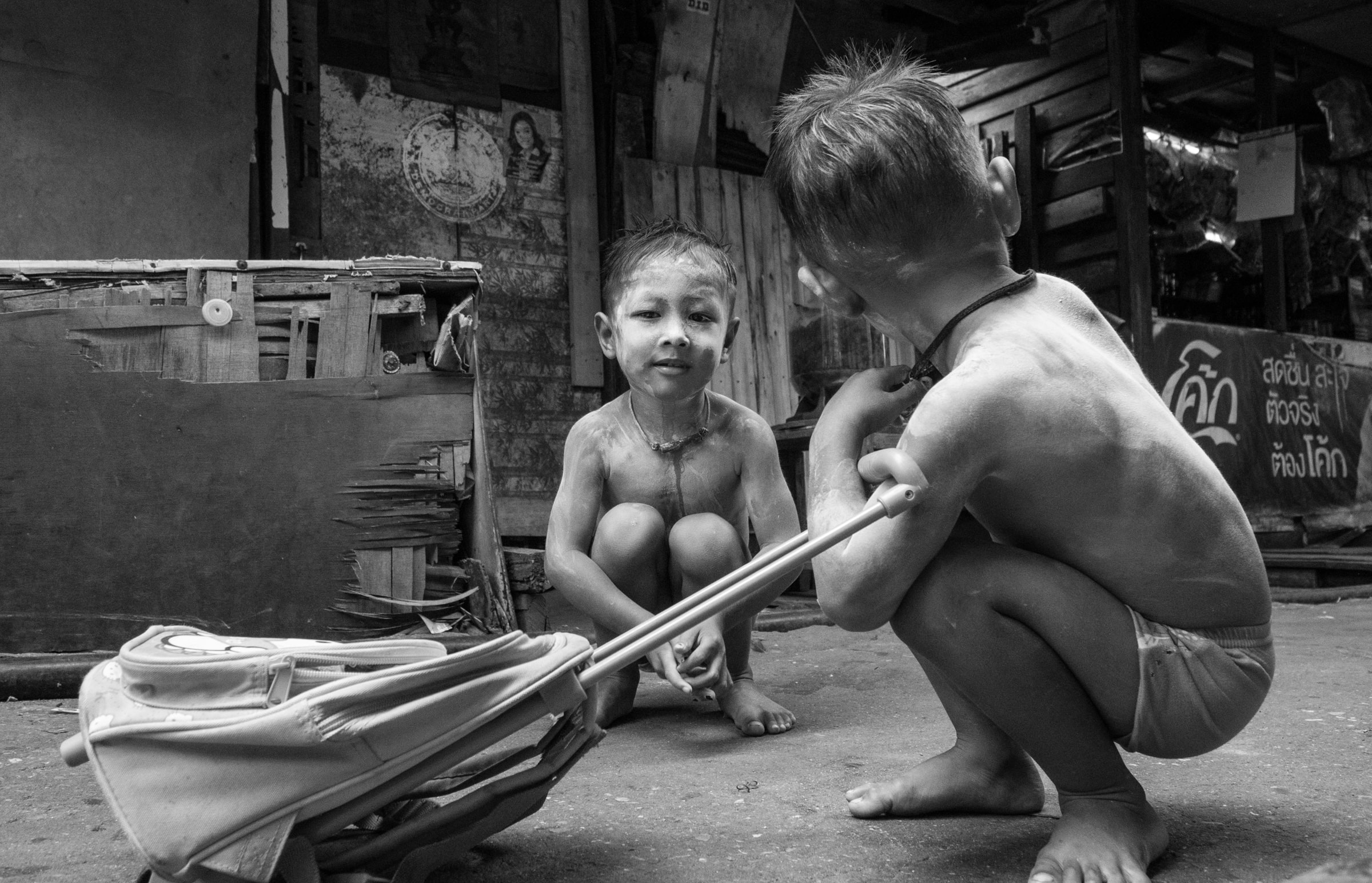 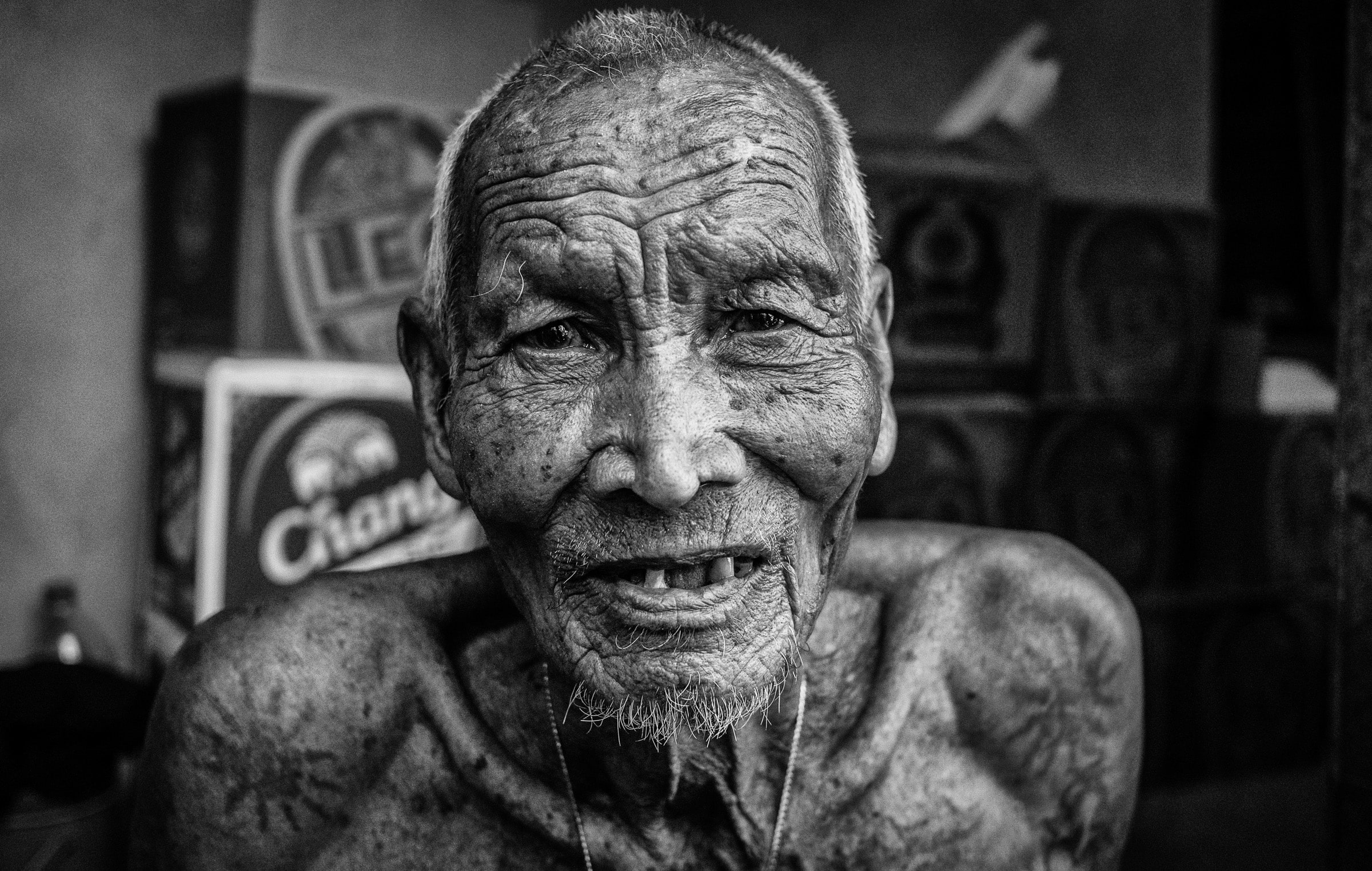 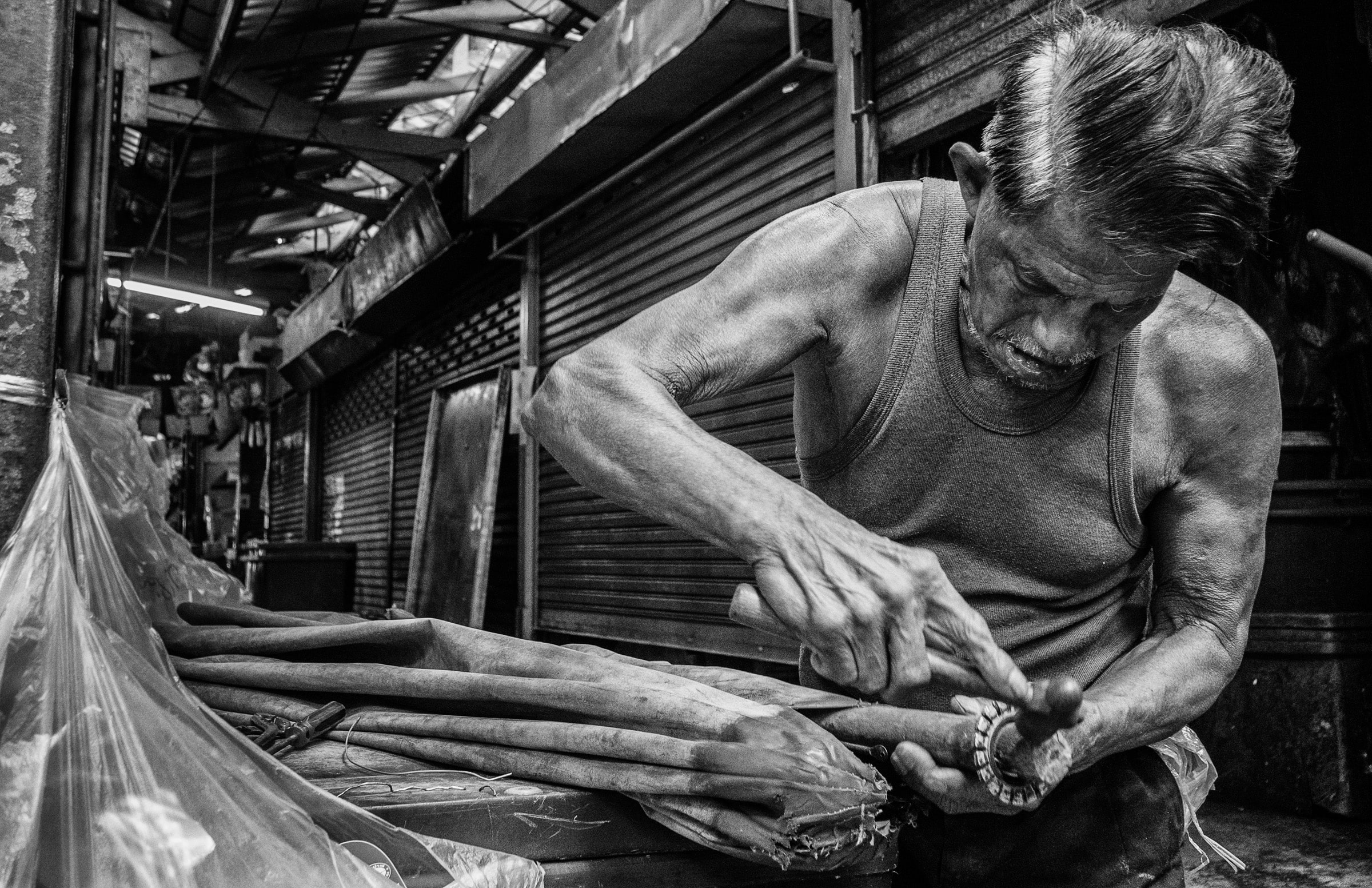 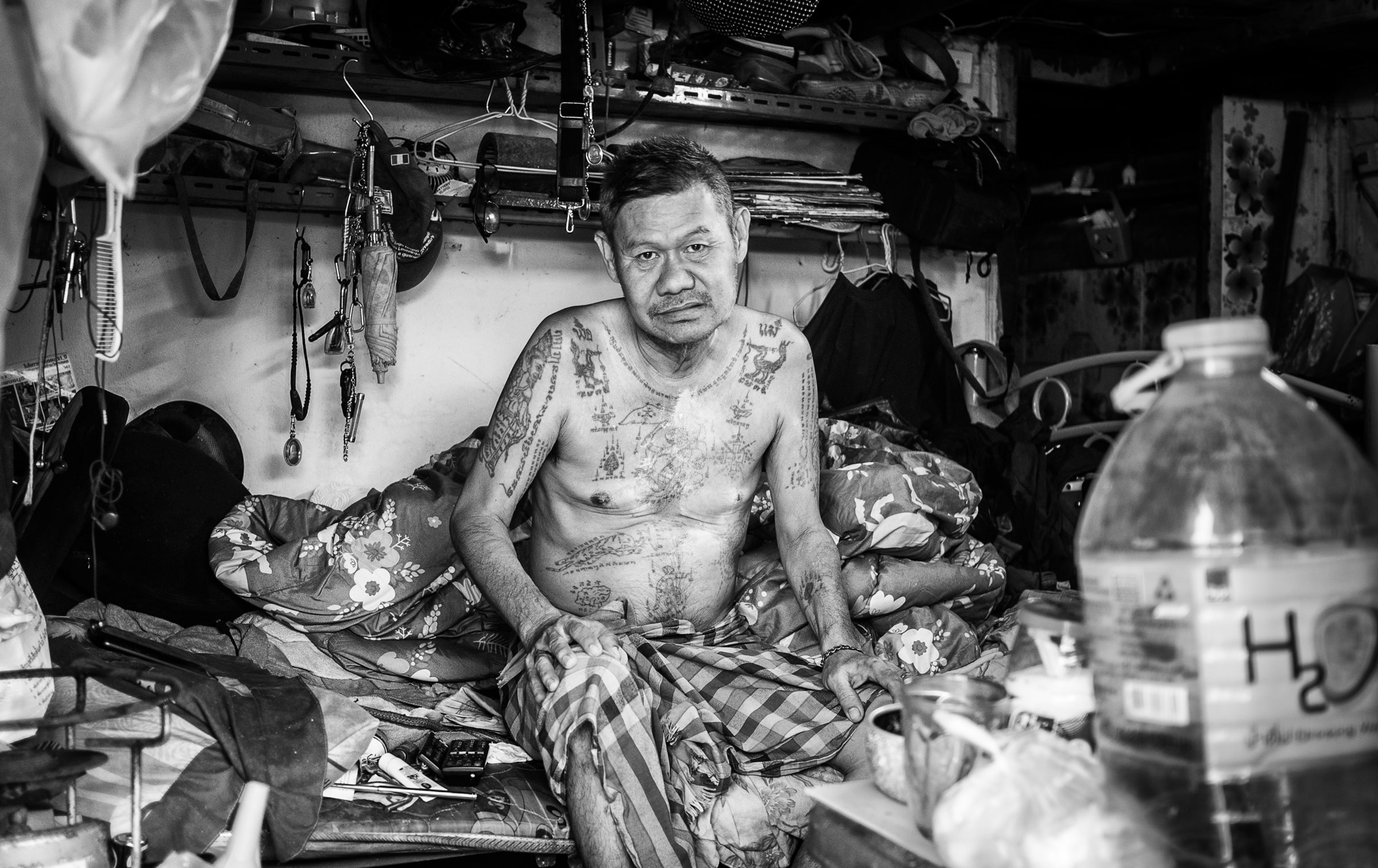