Raised in New York City and given her first camera at the age of eight, Didi S. Gilson has photographed throughout her life. Since relocating to New South Wales, Australia in March of 2001, she has been based from a small, coastal town, while traveling throughout Oz and elsewhere for her series and projects. In 2017, her article “Rural Street Photography, A Candid Focus Outside the City” appeared on the website Medium, in the online publication: Her Side of the Street. Didi was a founding member of ZuperQuirk (one of the earliest online, international photography collectives) currently undergoing a fresh reboot.

I visited Hong Kong for a too brief Four Day Immersion, wandering around by myself on a journey by foot in Wan Chai during the week just after the Lunar New Year Celebrations of 2018 (Tuesday through Friday). Many of the locals were returning to work, although there was still somewhat of an upbeat, festive atmosphere, and the tourists didn’t seem like they wanted to return home yet! I had never traveled to Hong Kong before but as a region that seems to symbolize the merging of East with West; a special place where both English and Chinese (and indeed other languages) are spoken fluently on the streets (and painted on the signs), I was excited to explore, eat, and enjoy everyday.

As a long time movie buff, I am a big fan of Wang Kar-Wei’s films from earlier in his career (particularly Chungking Express (1994), Fallen Angels (1995), and Happy Together (1997) all of which exude a certain atmosphere which I knew might no longer exist in the region. So too, there was the lesser known Wayne Wang film “Chinese Box” that had made an impact on me. This one is “The story of Hong Kong, from New Year’s Day to June 30th, 1997, when the British left their colony and turned it over to the People’s Republic of China.”

Still,I didn’t do much research, preferring to hit the ground running, as it were. I like to be surprised and move on instincts, my own skills of seeing and showing, as well as that unknowable serendipity of the streets. I am always most interested in the ordinary details of contemporary life (wherever I am). My wish is to discover the extraordinary appearance of that banal event, that I can render even more intriguing in a framed photo.

Hong Kong was nicknamed ‘The Pearl of the Orient’ and considered definitively “exotic” by the travel advertisers in the 1950s.

Wan Chai District translates to Little Bay or Cove District. I concentrated my 4-day photographic journey here, in the business and financial hub, also because it is the older, historic region it lends the place a less technologically modern look, this helped satisfied my aim to stick with one type of city setting for the series.

Weather was not too warm or terribly muggy, but did drizzle or mist up daily. It was always overcast, which wouldn’t ordinarily be my favorite ambient light circumstance or condition, but without needing to hunt for sunlight & shadowplay… (because I absolutely wouldn’t find any) I would concentrate on making the simple, banal, everyday moments that delight me to find into photos. The gestures and nuance of this city’s particular details, of body language and the delightful color pop that often occurs in hazy light.

Please note: I am still gradually processing both my trip and the resulting photos. This is an excerpt from a larger body of work. 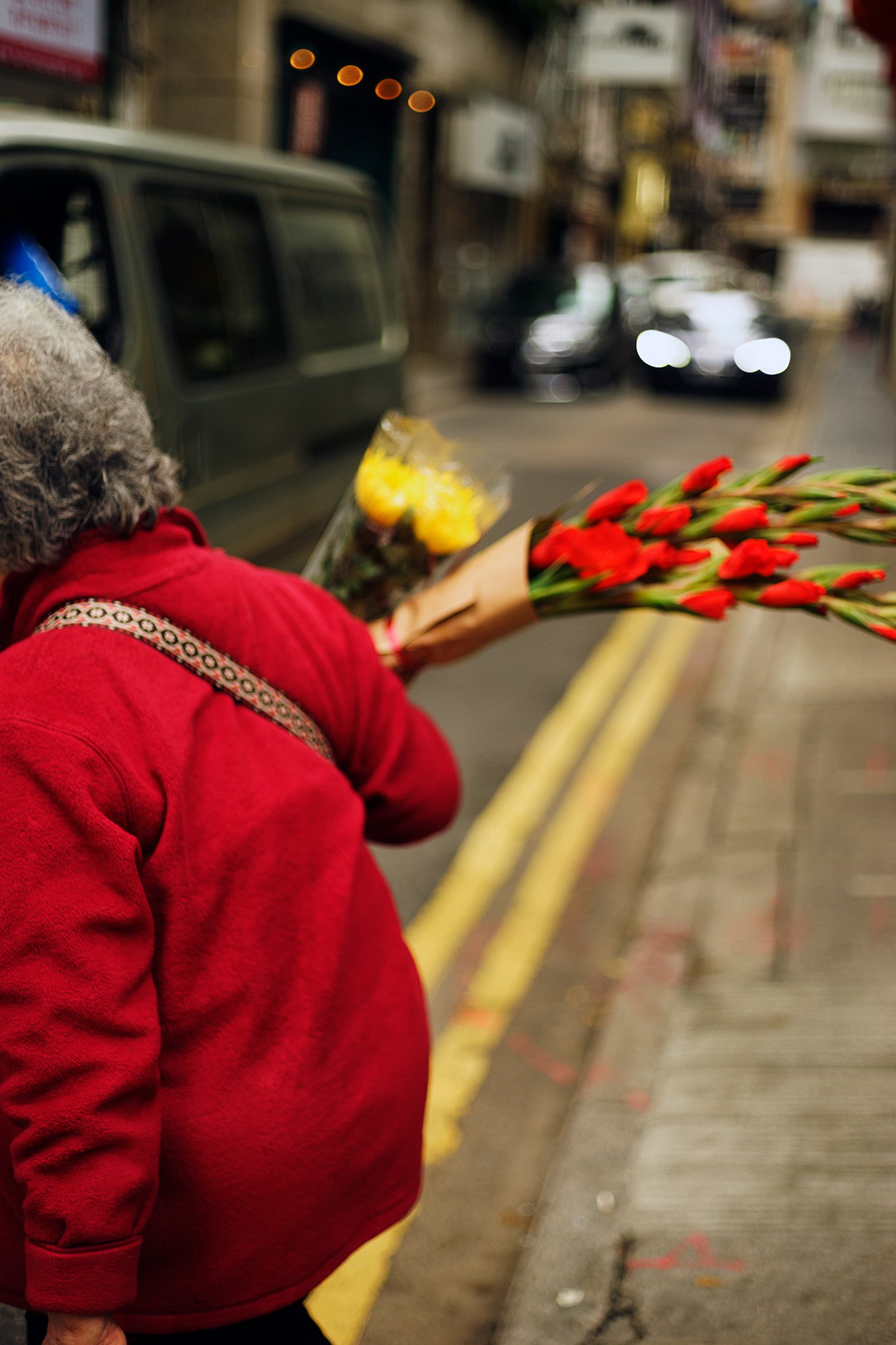 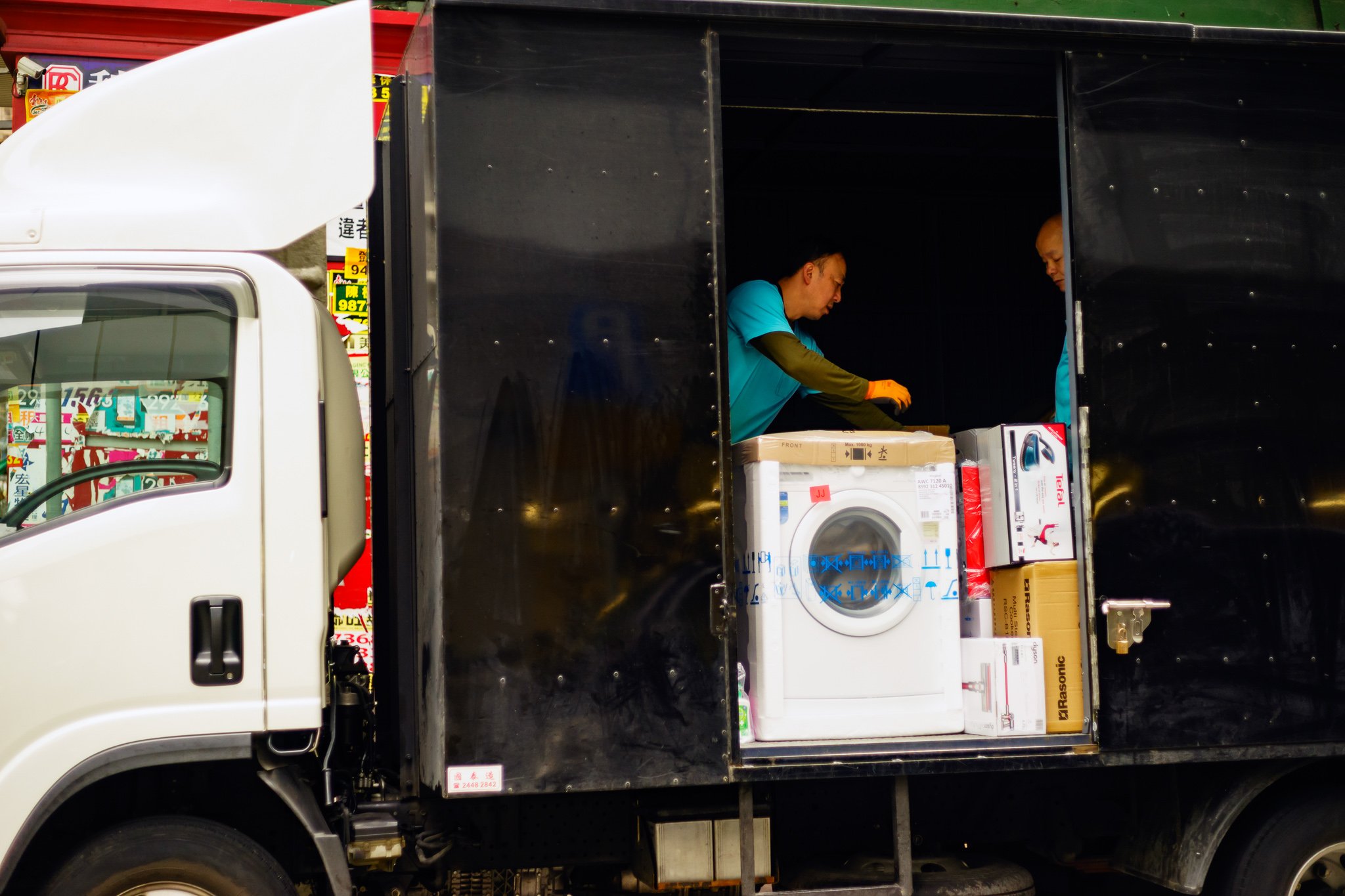 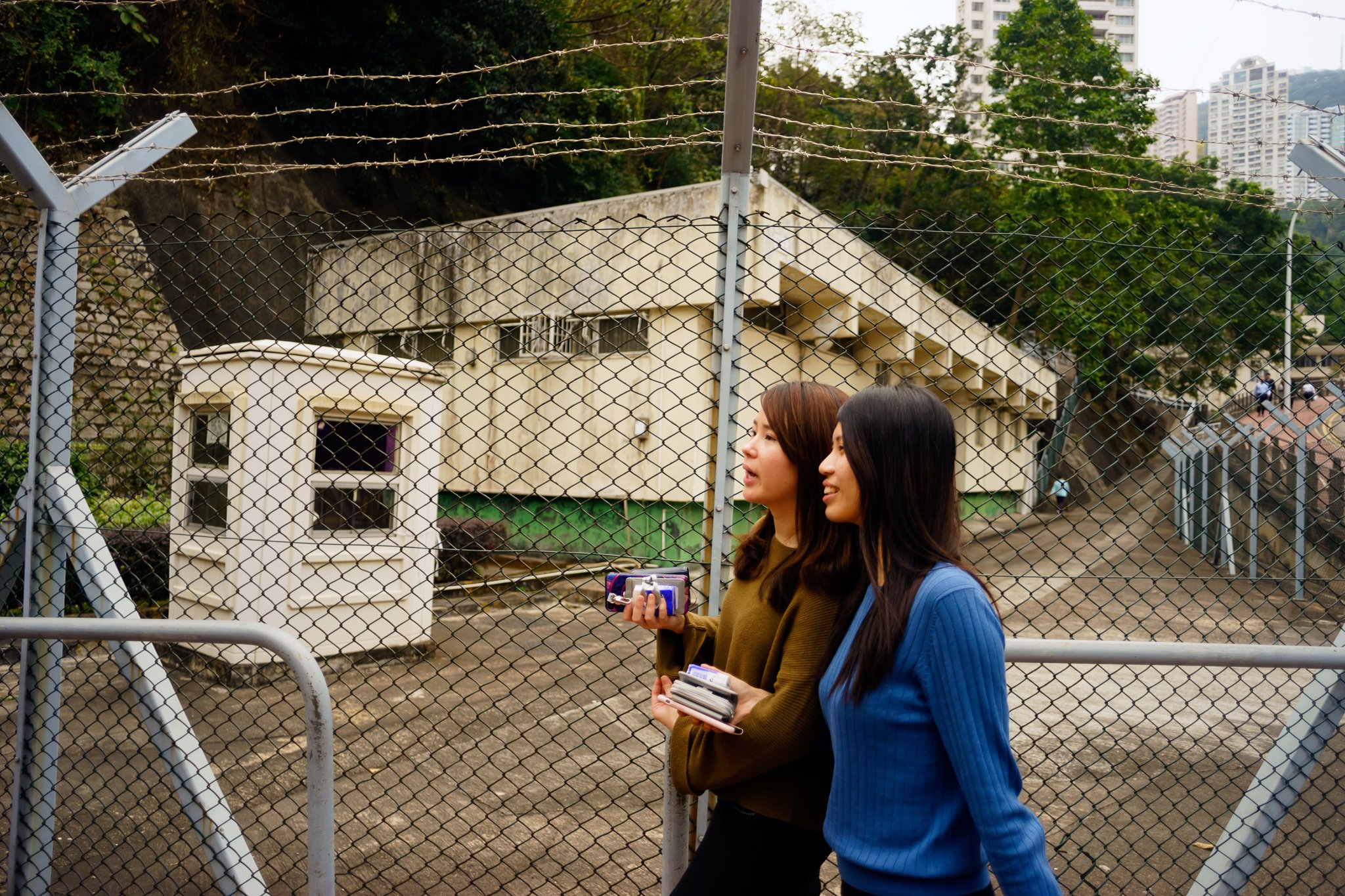 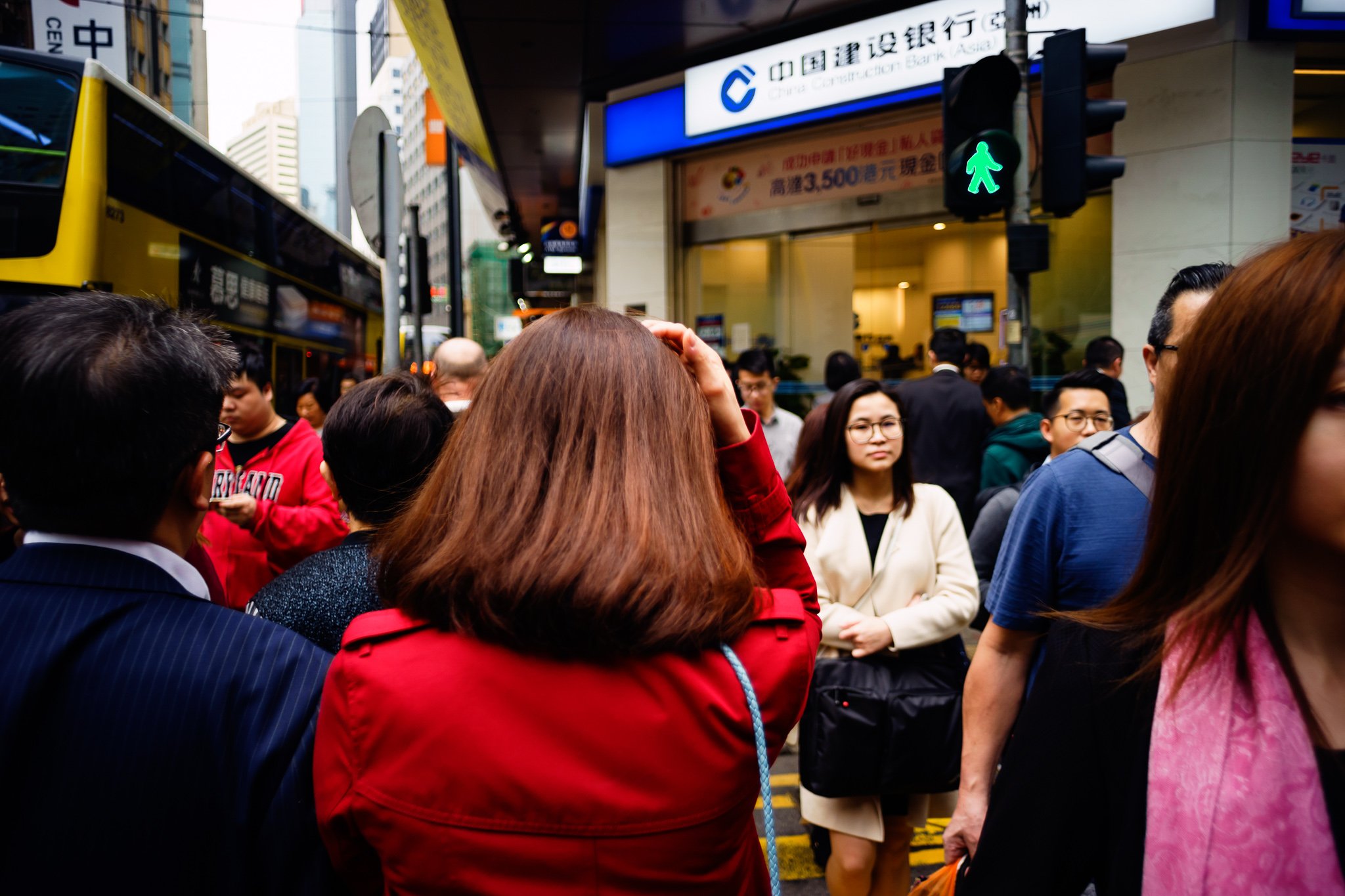 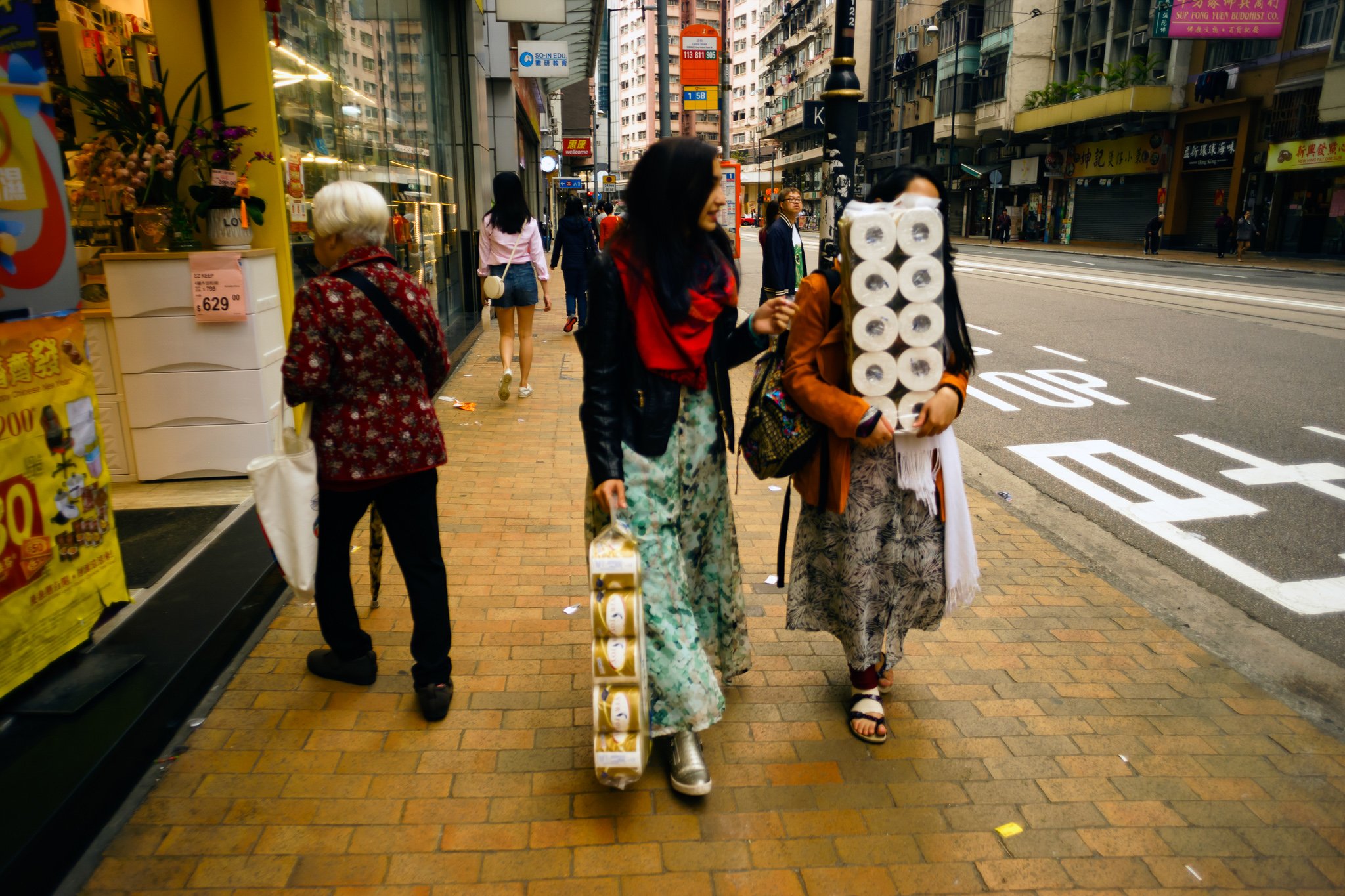 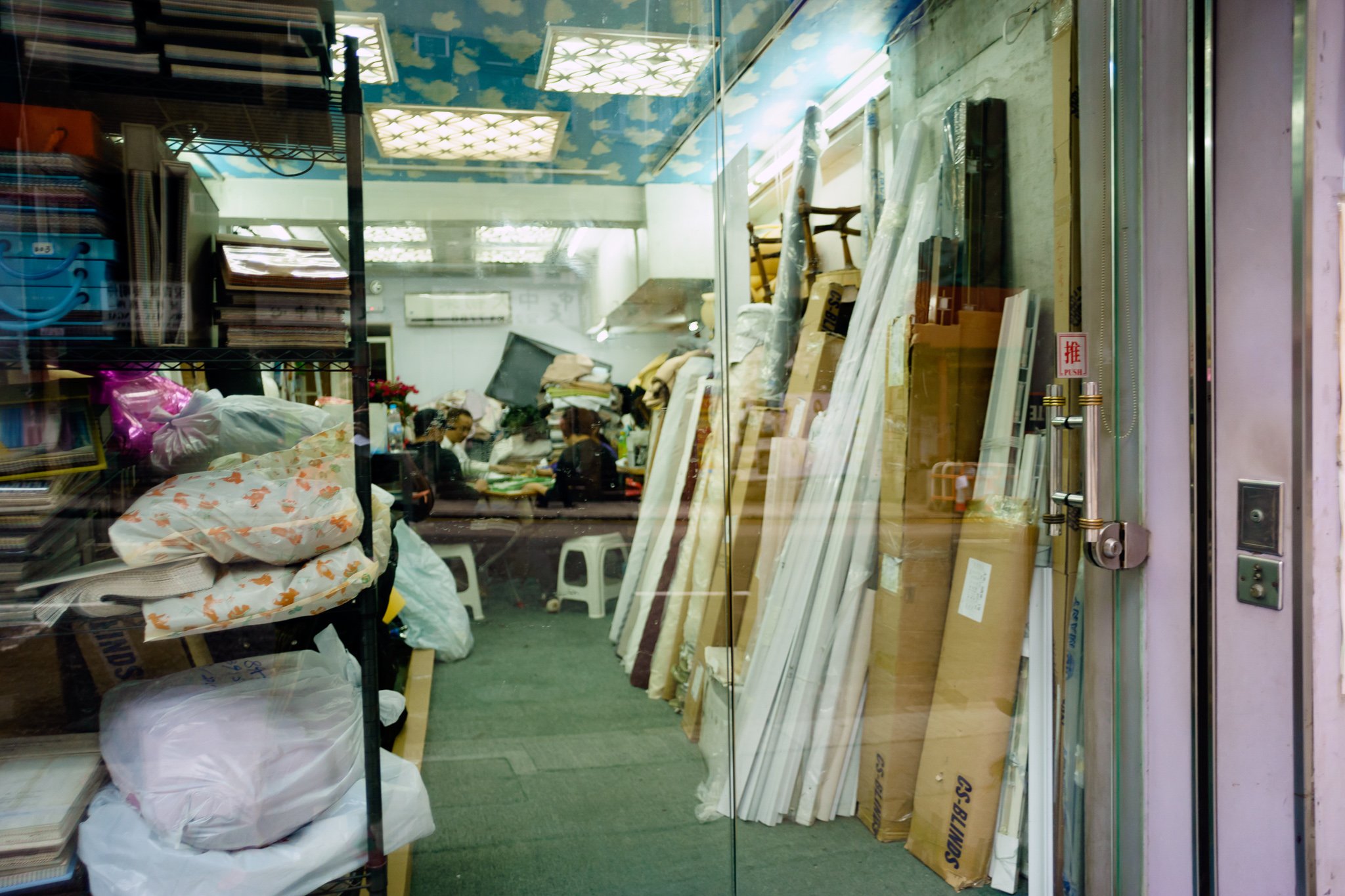 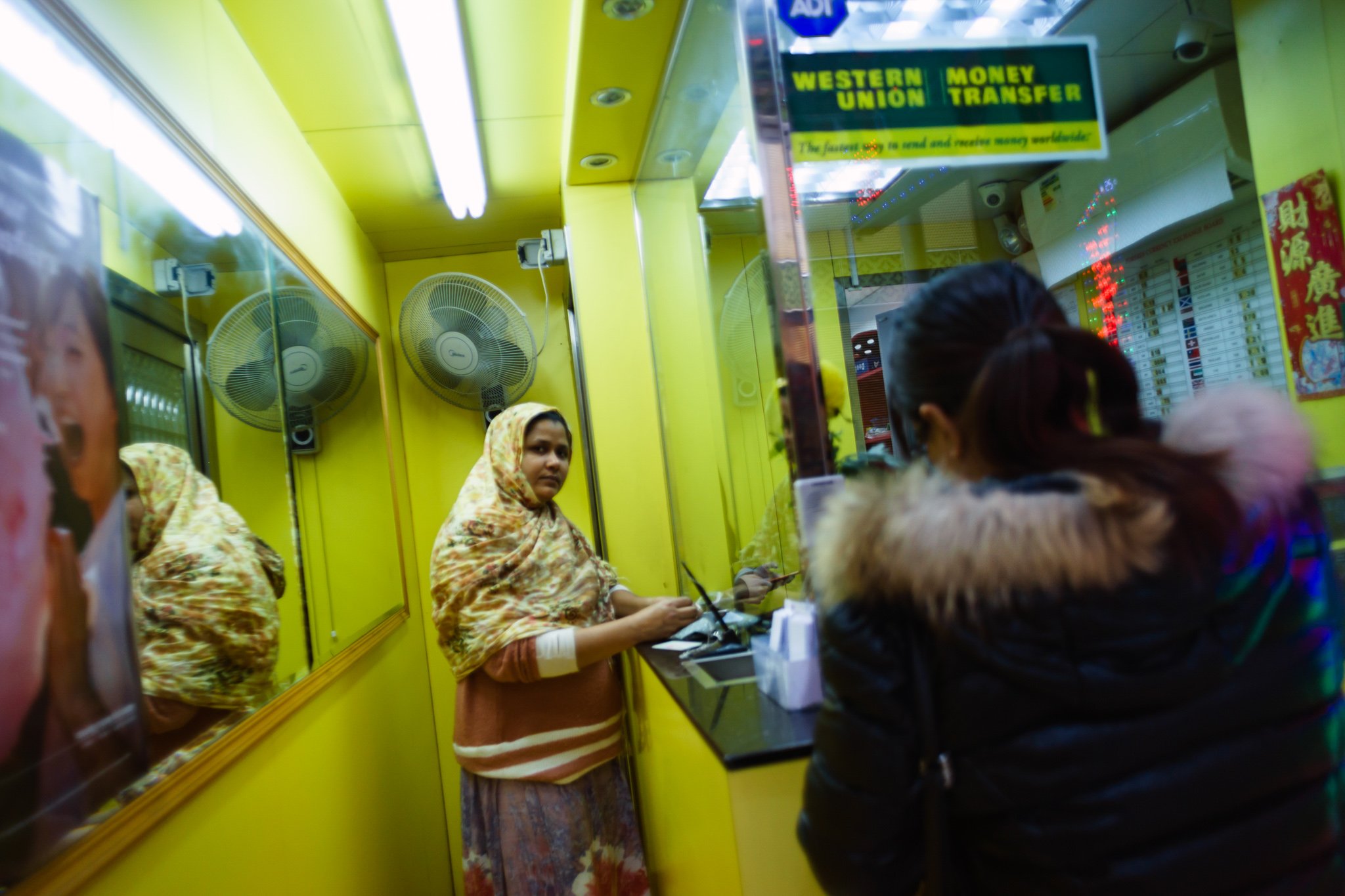 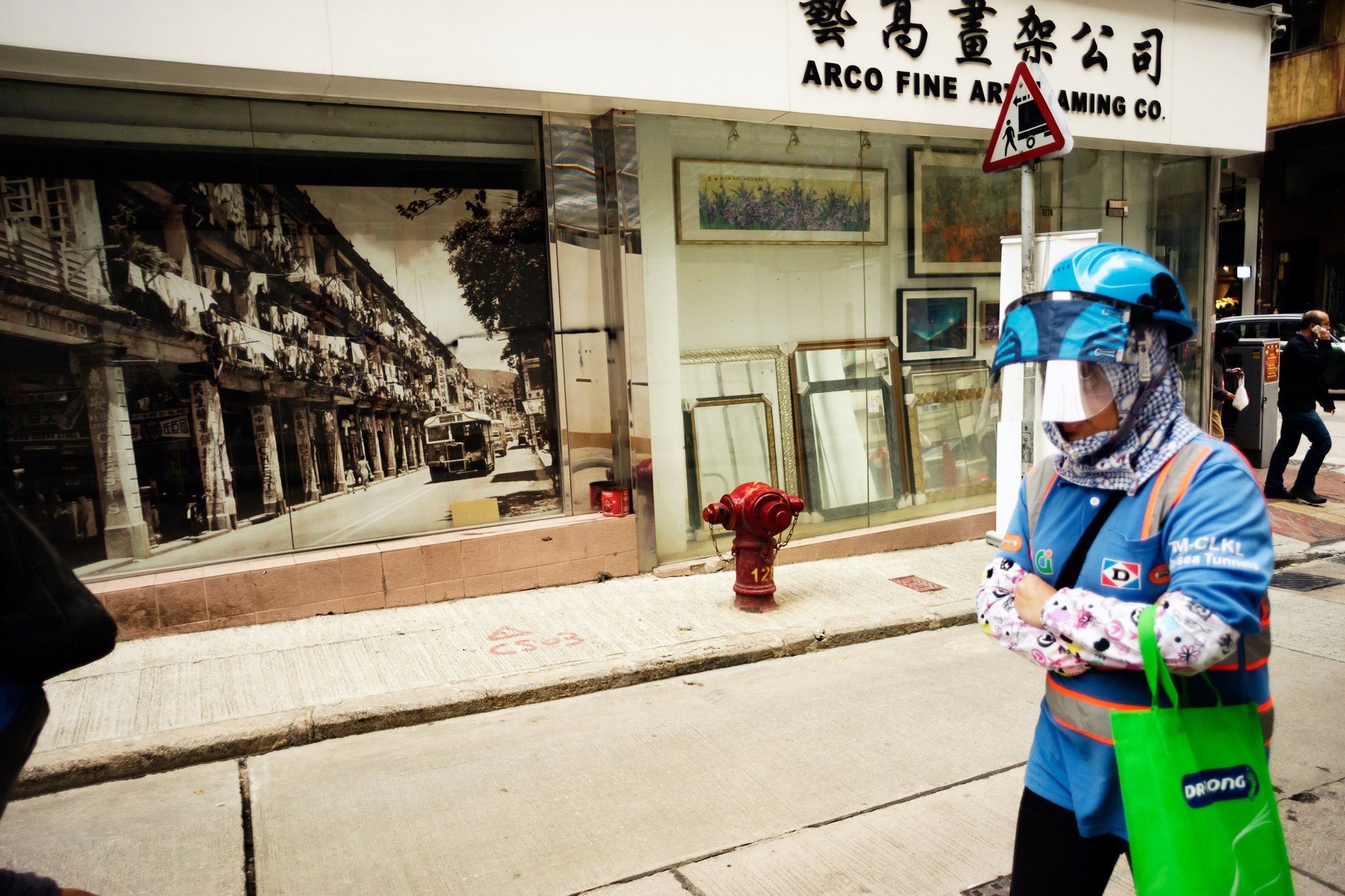 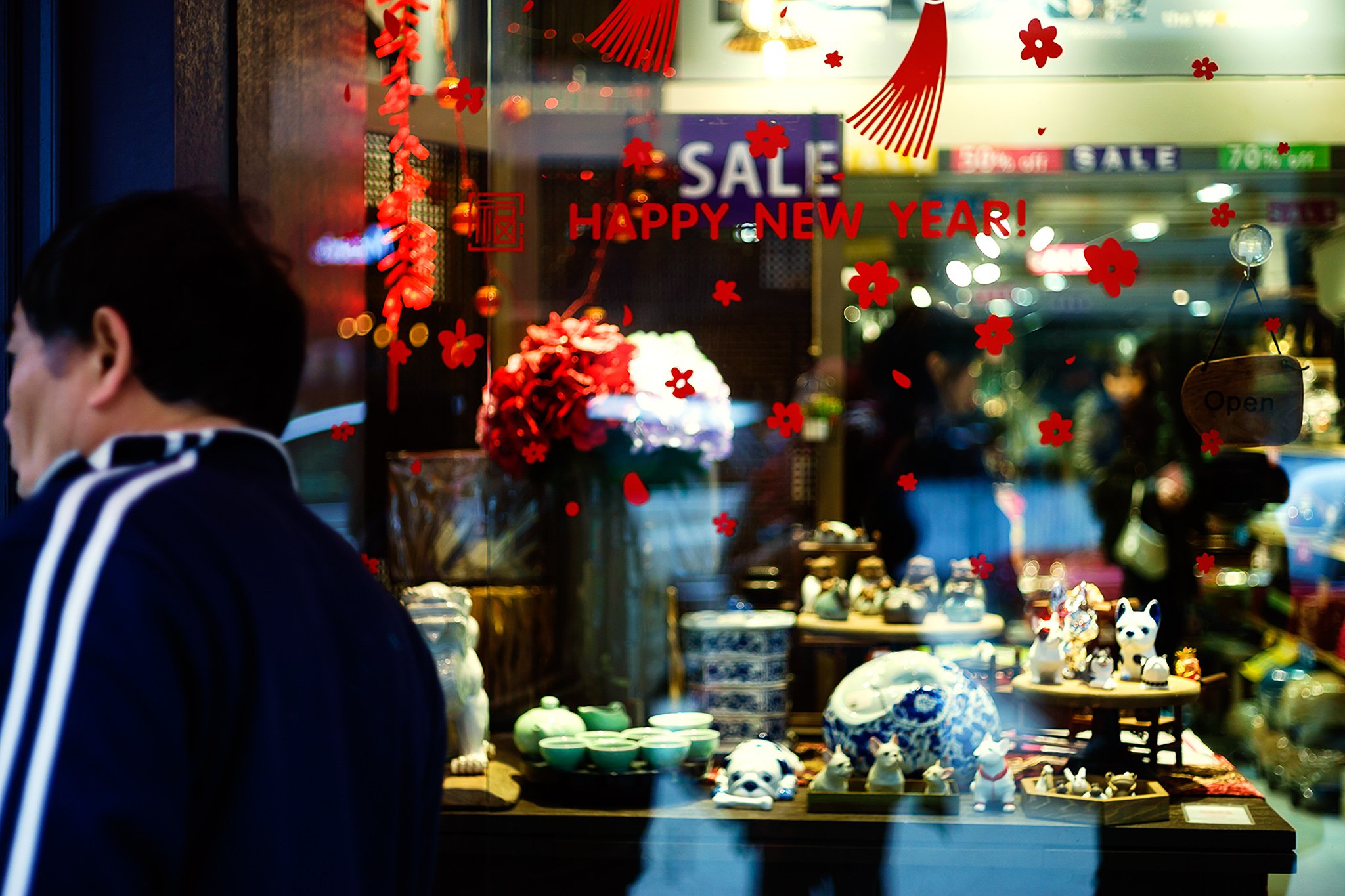 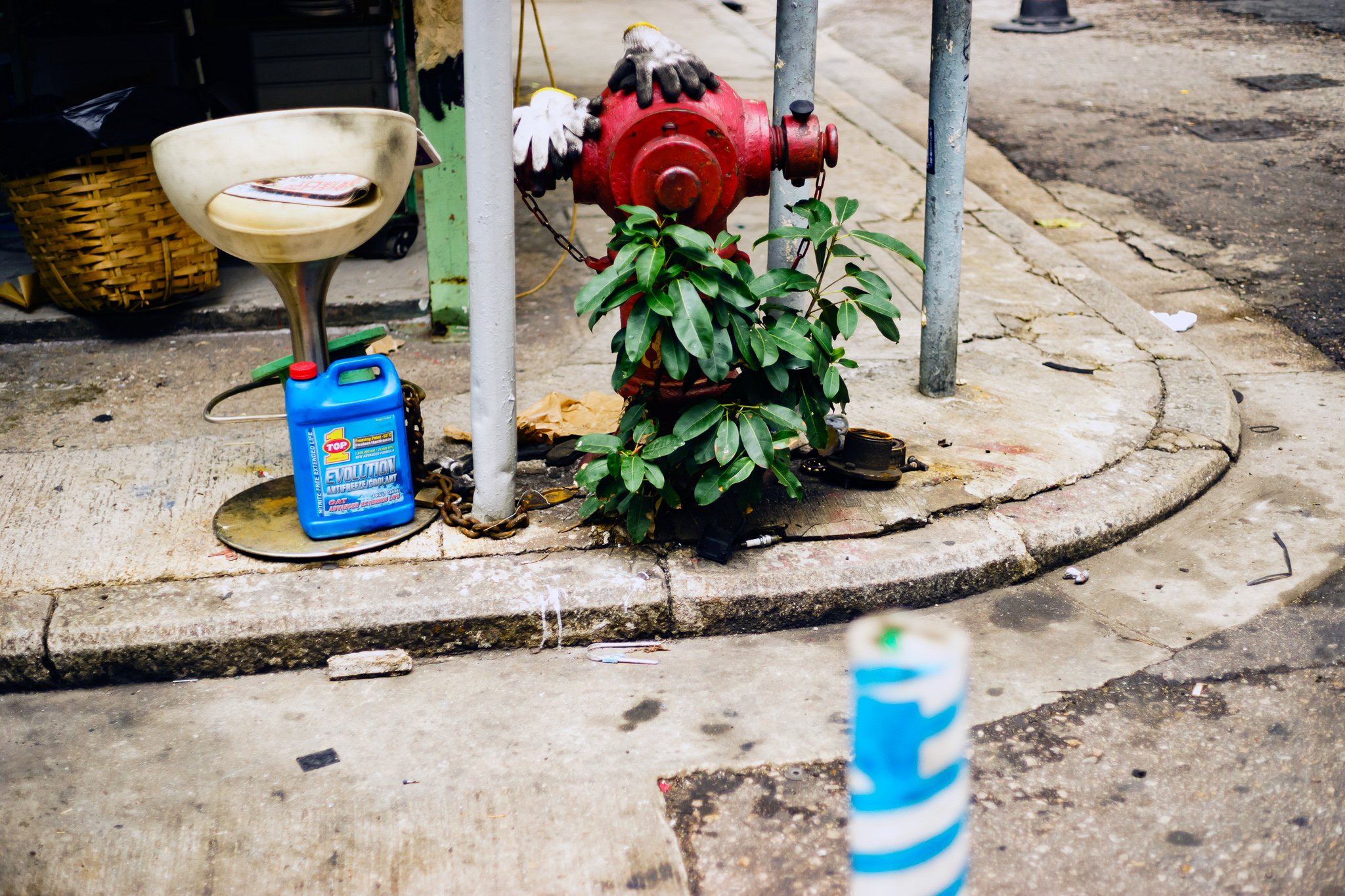